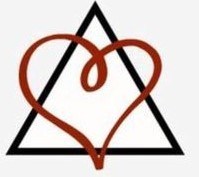 I take umbrage with this statement. I am adopted. I will never call my biological sperm donor Dad. I have one Dad, he is the man that adopted me when I was 3 years old.

19 years ago this month, my wife and I adopted a 2-year-old boy from foster care. He was in foster care all of his life to that point. Do you want to know what his birth parents gave him?

We gave our son a home, a family. We gave him love. We did everything that we could do to ensure that he had a safe well-rounded life. Even to the point where it started to take a mental toll on our other children. During the course of his childhood, our son struggled with significant developmental delays that were eventually diagnosed as Fetal Alcohol Spectrum Disorder. He was on adult doses of psychotropic medications by the age of five to control terrible mood swings, help him sleep, and combat his lack of impulse control. By the age of 10, we were fighting to get him into psychiatric treatment facilities to find the best possible care for his needs. At the age of 15, we sought developmental disability services and support for him and were repeatedly denied. Given the severe limitations of a system designed to do as little as possible, we did the best we could for our son.

Throughout his now 21 years we did everything that we could to help him live a full and complete life given his disability.

You don’t get to call parents who adopt children, “Fake Parents” you don’t have the right to do so.

Your perfect little soundbites are wrong. We were the best possible parents that we could be for a child that needed a family. We aren’t saviors, we are simply a family that loved a human being and chose to bring him into our family.

Pull back your rhetoric. Think before you speak.

I am a pro-choice Democrat. I do believe that women should have a say over what happens to their own bodies. I don’t believe that anyone who has been raped or impregnated as a result of incest should have to carry the embryo to term, let alone a 10-year-old. I don’t claim to be a medical doctor.

Foster care is no place for a child to grow up. If the child can’t be reunited with their family, should they live in limbo and fear being shuttled from foster home to foster home?

Get over yourself, lady!