Hard to believe it has been six years since I wrote the Houdini/Ronald McDonald posts. You can find the first in the series here.  By and large I have been living life. In fact, most of the last six years are documented within the pages of this site. There has been a lot of advocacy work. Learning new things, adapting our parenting style to our sons needs. But life does move on.

Houdini – aka the birth father 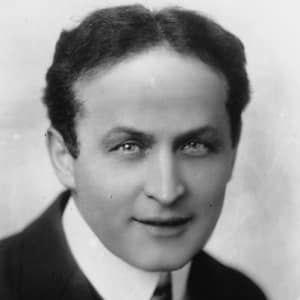 In the time that has passed, we have lost the birth father.  He died alone. There was no obituary. There was no funeral. It is a sad end to a life. Every life deserves to be celebrated. He was such a “bad” man that no one in the family even knew he died. He has been gone almost 18 months now, and I realize that I have no feelings one way or the other.

Thru the use of ancestry tools, I have tracked some of my bio siblings down. Well, not so much tracked, as that seems rather stalker-like. Let’s say we connected. Lost a couple of them to cancer. Discovered that the family genetics include abnormal liver function, which explains the abnormal liver panels I have had for most of my life. Beyond that, in regards to the birth family, there isn’t much else to say. I don’t have a picture of him, so will use the photo of Houdini instead.

The uncle that I wrote about, you know the one I helped put in jail. He was sick for most of the last five years. Pancreatic cancer because of Agent Orange. I spent as much time with him as I could the last months of his life. We were able to make amends, and apologize to each other for the things we did and didn’t do. It was healing. He passed on in November of 2017.

On being a grandparent

In December I became a grandfather for the first time. Cute little boy. I am not ready to share that part of life with anyone. He deserves as normal a life as he can have. But he is a cute little man who stole his grandpa’s heart.

My wife and I are coming up on 24 years of marriage. Hard to believe, those two kids – a family. A life together.

I continue to be disabled. My body doesn’t cooperate for very long when I try to work, so I just do the advocacy work for the mental ill as much as I can.  It’s not much, but it helps me to feel useful. It’s not the same as an actual job, in some ways it is much more draining, much more rewarding and it gives me purpose.

I don’t have any words of wisdom to share. Mom and I are working on a relationship, and for the most part, it is going very well. We understand that we need time away from contact, and that a good thing for us is the distance between our homes. We talk often. I see her when I can, in fact, Dad and I surprised her for her recent birthday by driving up and having lunch with her and my sisters family. It was a very nice visit and day.

Until next time. I hope you have a great day. Try to mend relationships with family when you can. It’s worth it.