Breaking our hearts to practice tough love with David.
He called home for the first time since he was placed in detention.  Full of tears, and a story about how he banished the bad version of himself.
Breaking Hearts 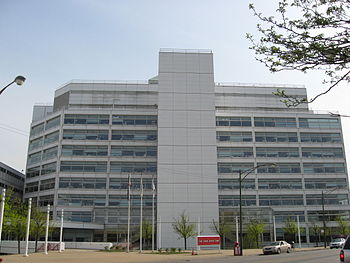 During the first hearing, he didn’t want to talk to us. During the second, he said hello.

He isn’t happy there in the detention center.  Nothing to do and in bed by 6pm.  He claims they won’t let him read or do anything.  And he can’t visit with peers.

We can go visit him for an hour on Sunday.  In order to visit, we have to give 24 hours notice.

He told me that he wasn’t getting his medicine.  I talked to the staff and they said he wasn’t in compliance.  So tomorrow, I’ll find out what that means.  Because he needs his medicine and will have all sorts of problems if they don’t give it to him.   So tomorrow, a Saturday, I’ll start trying to unravel that issue.

Why didn’t the detention center call and talk to me about a problem with his medicine?  Or talk to his lawyer about it?  Or his advocate who has talked to David more than I have this week.  It will be difficult to do anything about it on the weekend.

Monday, I hope to get his psychiatrist and case manager to make sure that they have the medicine for him that he needs.

Super frustrated with so much about this experience, but we are staying the course.

David claims that he has banished the bad version of himself.  That he will never assault anyone, or become violent again.  He apologized for his behavior.

He said this before when he tried to crash our van on the highway two years ago.  That same summer when he attacked me with the shovel he said the same thing.  “I’ll never do it again.”

There was the time he threatened to stab me to death with a knife, and then when he said he was going to beat me with a stick.  So, I am hesitant to believe him.  If we cave and bring him home, we are showing compassion.  If we cave and bring him home without consequence and then this happens again, what are we showing him?  We forgive, and it happens again.  So our breaking hearts are practicing tough love.  You can forgive things that happen, but you never forget.  The fear stays with you, like the smell of a dead skunk on the highway stays with you 20 miles after you have passed it.

This parenting this is sure hard.

Why did it happen after two years?  Simple, he was in facility care.  He had support staff all the time. Other than mentor support 10 hours a week, he doesn’t get support.  Professionals claim he doesn’t need support.That he is getting all of the services that he needs. When he comes home from care, we have what we call a honeymood.  It’s the period where things are golden.

My contention is that if he had support staff, Monday would have never happened.

Now, if we could only believe his apology.  So many apologies over the years for the things he has done.  For the attacks, both physical and verbal.  I wish I could do like the facility recommended, and put the past behind me.  To not let it hold over us, a fear of our son.  Mom and I are in tears over this situation.

He needs to understand that there is acceptable behavior.  Violence is not acceptable behavior.  And for those who would argue that we shouldn’t let him play violent video games, or watch violent television.  We don’t.  On his x-box, he plays basketball.  The most violent show he watches is NCIS.

Let us be clear.  We don’t believe that the justice system is the place to get mental health care.