He is not a yo-yo

You know that right?

Yesterday he was granted an extension on his stay in the facility.  This was done so that we could apply for therapeutic foster care.

He will get maybe 6 hours a week of mentor time and they said something about 6 overnights a month.  I have asked for clarification, none has been forthcoming as of yet.  It’s that yo-yo effect, consistency is what is necessary, not the illusion of consistency.

I swear, it’s like being in the movie Groundhog Day. 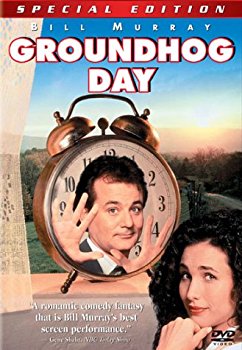 So David is coming home to a minimum amount of support.  He comes a place where he gets 24/7 support.  I pray that we can maintain a successful stream of steady care for him, not stress his world or ours in ways that cause his violent tendencies to surface we will be okay.  However; when he gets caught stealing and we confront him about that, it can cause his aggressive personality to show it’s face to the world.

At this point I don’t know what else to do.

While I would love to have him home permanently, without supports I don’t know how long it will last.  When he steals things from the people in his life, he will be charged with theft.  The same will occur if he assaults one of us, or anyone else, he will be charged.

It’s going to be hit or miss as to whether or not it will be effective.  We can only try. I expect that we will see stability for the first few weeks at least, after which, I pray we can continue to maintain stability for David .  If you pray, and believe in the power of prayer, include our son and our family in your prayers.