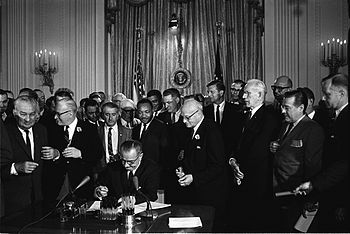 This isn’t a Black Lives Matter post, yet it is.  Does that make sense?

Today, we had a meeting with David at his school because he got caught hacking the school network and surfing pornography during class time.  His punishment is loss of technology privileges for the rest of the semester. In addition he has two days of in school suspension.  The suspension has to be successful without redirects from the school principal.  He will have redirects from the teacher, this is a given, but if the principal gets involved, then his day in suspension won’t count.  Make sense?

I have no issues with that.  All of this is merely the setup for the conversation I had to have with him.

David wasn’t expecting to see me today.  I happened to be in the city near his facility and school, so stopped to see him and talk to the staff.

We pulled David into the office, we didn’t add to his punishment.

Where I started our conversation was with the basics of what a computer crime is.  Because hacking the school network like he did is a crime.  He could be cited for that by law enforcement.  The school is not doing that at this point.

We talked about race.  David is African-American.

I explained that he needed to be better.  There are people in the world who might see him as a criminal and put him in jail for a long time in part because of his race.  Also, there are people who wouldn’t think twice about hurting him for that same fact.  He will have to be extra careful to stay out of trouble simply because of his race.  If he is told to stop, he needs to stop.

During the conversation, the principal interjected comments, and I made sure to note that the school isn’t going to cause him problems because of his race, and that he should talk to other African-American staff members to get their outlook and opinion.

In truth, he could live his whole life and never have issues because of his race.  But it is something he definitely needs to be aware of.

We explained to him that we see David the person, not David the African-American.  Not everyone will see him that same way.

I also talked with David about his adoption.  He has always known that he is adopted.  As he gets older, he will have questions about that.  He understands that he can come to me with questions.  As an adoptee, I understand what he will go through and the questions that he will have.

Was I wrong for saying something?  His life matters.  All lives matter.  We have come so far since the Civil War, yet we have so much further to go.  I don’t pretend to know what it is to be African-American.  My fear is that one day, I’ll answer the door only to be told that my son refused to respond to commands and was killed.  Or that he committed some crime and is now on his way to jail.

We continue to hold him accountable for his behaviors.

« Reality Bites
SMI and the Tragedy of Adulthood »