For those Dad’s who played a role in my life 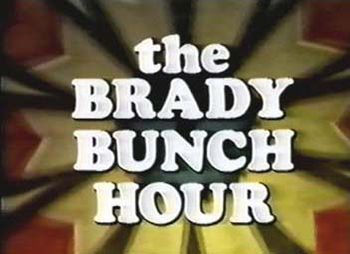 When we adopted our youngest, we did an adoption study. We had to write a bio and answer a ton of questions. Growing up, I had step-dad’s. My brother and I were adopted. Bio-Dad was in prison. Mom doesn’t acknowledge that period of her life. For those Dad’s who played a role in my life, I salute you.

Dad, the one who gave us his name, wasn’t around, he was busy with his new family.

I was 11 when I was raped by one of the bastards that I refer to as step-dad. I never spoke about it at the time. He regularly beat my brother and I. More so my brother than I, but I can remember seeing him throw my brother thru a wall.

I had two favorite step-dads. One was a pro-golfer and never around in the summer time. Mom left him. The other was Pops. He was years older than mom and treated her like a queen. A hell of a good man. He has been gone from this world for 7 years. Mom has never remarried. Mom did the best she could at the time. I know a lot of people in the situation who would have given up, and she never did.

Anyway, back to the adoption story. Growing up, I never really knew a father.

I had an uncle I lived with off and on, when he needed help on the farm.

I helped convict him for tax fraud.

I helped put him in prison.

So because I was pretty much a bastard growing up – stealing, drinking, drugs… I didn’t want to be accused of hiding my past when we adopted our son. My bio was 20 pages long. I detailed everything. I over-shared. (see a pattern?)

Anyway, one of the questions..
“Given the way you were raised, how will you base your parenting? Or what model would you use as a dad?”

My answer? “Father knows best. Leave it to Beaver. The Brady Bunch. My Three Sons.”

The case worker said: “You know those aren’t representative of reality?”

My response? “Neither was the way I grew up.”

So to all the dads that have filled that role in my life, both those who married my mother and were good to us, as well as those who were the dad’s of my friends who saw this kid that needed guidance. I salute you today. Thank you for helping me become the man I am today.  A few names:  Rick O.  Art B.  Brad L.

To Dad. Thank you for my life. For forcing mother to leave the bastard. I wish that you had been around more for us when we were kids, but am very happy to have you in my life now.

For Larry. Thank you. I am not sorry for putting you in prison. I am sorry that I have never really acknowledged your positive influence in my life until you were sick with cancer.

We are the people we are in this life both as a result of and/or in spite of the role models we have as children.  Within each of us is the ability to make the decision to be good or bad.  To exhibit positive behaviors.  To lead a good life.

You don’t have to be Dad to have a positive influence in the life of a child. It’s more than a title.

For Charles for agreeing to give up parental rights and thereby freeing us to an extent to live, you did one positive thing with your life. For that I will be grateful.

For my brother – one of the good guys, though we didn’t always see eye to eye, I appreciate you.