An attitude for breakfast? 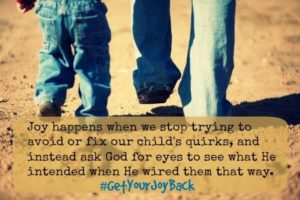 Full on attitude from David this morning.  He sees his potential placement in a residential facility as a badge of honor.

I wish that he could understand how hard he is on the rest of the family.  Especially when he talks about how much he can’t wait to go to residential because they will let him do things that we can’t.

Frustrating to his mother and I.

While it is a relief to the family stress level that he is in a center, it is never a happy time.  We make the best of the situation because that is what is best for David.  Doesn’t mean that we like it.

This mornings attitude was brought to us by “I didn’t get enough cereal for breakfast and don’t want to ask for more.”

He makes excuses for his behavior.  “I didn’t have any more milk, so I couldn’t ask for more cereal.”

The old standby reason for not asking? – “You would have said no.”

“You guys suck as parents and I can’t wait to go to treatment.”

“They treat me better in treatment and that’s where I want to live.”

“You hate me.  That’s why you treat me like this.”  (I was making him fix up his bedding rather than leaving tossed all over the room.

Just another day in the family I guess.  Fifteen minutes of breakfast family time shot because of his attitude. I don’t know.  See, it wouldn’t be so bad, but this kind of thing happens frequently in our house.  If it was just us and David, I would deal with it, but we also have two other kids in the home.  Both have Autism on some level.  They don’t need this, so often retreat to their rooms.  Then David always wants to know why they are never around.

He wonders why we have the “center of attention” chair for him to sit in.

For the record David, when you read this later in life, we have more milk.  Some days, you just seem to enjoy causing heartache.