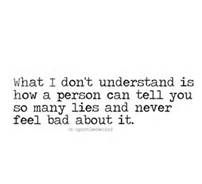 According to David, every one is lying.  The nurse staff who documented everything that came out of his mouth to the hospital social worker who made the complaint to CPS to the CPS worker who “asked if I wanted to live with an aunt.”

David claims that he never told them anything about me restraining him on the pavement.  He doesn’t know where that came from.

He also claims that it wasn’t his idea to stay with his aunt.

The sad reality?  Even the nursing staff knows and understands that he tells lies.  How come the hospital social worker and the CPS worker can’t see the same?

We have three social workers directly as members of David’s team, plus a psychiatrist, a psychologist and his education team.  One would think that the people should listen to the person who knows David the best from outside the family.  Our Care Coordinator has been awesome.  I keep apologizing for calling her so much, but she says that she is here to help especially in crisis situations, which this certainly qualifies as.

In the end, I explained to David that there are limited numbers of places that he can go to.  None of the options include staying with an aunt.