when it rains, it pours 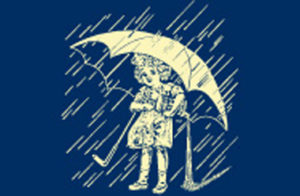 The famous Morton Salt Umbrella Girl and slogan, “When It Rains It Pours®” first appear on the blue package of table salt…

Ah, the old cliche.  When it rains, it pours.

Did you know that this phrase hearkens back to an advertisement from the Morton Salt company?

This evening, when Mom called to let us know that she was on her way home from work, David started acting up.

I now know why.

See, he stole an old cell phone from his mom’s dresser drawer.  And he tried to hide it.  In the process the dog went missing from his tie out. Which he tried to blame on the “bad people in town”.

More on the dog story later.

Back to the cell phone.  David swears that if we would provide him with a cell phone of his own, he would stop stealing them.  How do I reward a negative behavior with a positive item?

When he was in safe bed he wrote a long detailed letter about why he should get one.  He said that having a cell phone would make him more responsible.  He thinks that just because a cell isn’t being used, that it gives him the right to play with it.  It’s not deactivated if it still has Internet access is his logic.   See, he desperately wants Internet access.

He has a history with the Internet that isn’t good.  He likes to threaten to harm people on facebook.  He likes to charge apps and games to other peoples accounts.  He is good.  He is crafty.  It is why we don’t let him have Internet access.  Sure we could “lock the Internet down”,  but with him, that isn’t a realistic option.  Do you know how many people use their names, or a series of numbers as their wifi password?

So we had a breakdown, breakthrough, or maybe I am jaded enough to think that he is trying to pull the wool over my eyes.  But tonight he said he thinks about hurting himself when he steals.  I’d like him to talk to me before he follows through with the urge to steal.  But, I don’t think that he can and worse, he doesn’t think that he can.

During the discussion about the phone, David admitted to letting the dog loose from his tie out.

I asked him why, and he said “because I wanted to be able to run around town.

Long time readers know that David can’t be trusted to be out and about by himself.  The most we let him do is ride his bike around the block.  I wish it wasn’t that way.

I wish that like most other 14 year old kids he could go out and play with his friends.  But he doesn’t have friends.  And it isn’t because we are socially isolating him.

David has a history of doing things that either directly or indirectly are harmful to other people.  It is the way he is wired.  No medication will ever change that.  So we do our best to keep him and the community safe.  This comes at a price to the rest of the family.  The kids didn’t have a childhood where they brought friends around.  We don’t have lot of friends.

David deserves a forever family.  Like I keep telling him, no matter where he ends up living, he will always have a family.  He doesn’t appreciate it, so maybe it is only me serving my ego by telling him this.

David, when you read this, and I know that someday you will.  We really do love you, and care very deeply about you and what you are going through.  No one can force you to change.  That has to come from within you.  I pray that you learn this before it is too late.