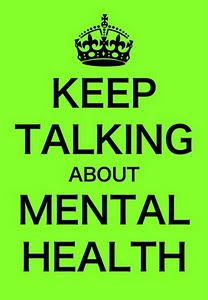 I have received flack about my writing. From many sources.

Because I am causing my son a lifetime of pain and misery by writing about his situation.

In seriousness, There are days when I don’t write anything.  Believe me when I say it isn’t because nothing happened that day.  If I wrote about 25 percent of the things that he did in a given week, I would not be able to do anything else, because all of my time would be spent writing.

Writing is a form of therapy for me to deal with my son and the various things we deal with as a family.  It helps me get through the last hour of nagging guilt ridden audible abuse that no one can ignore.  The verbal abuse and name calling.  I am supposed to ignore the things he does that bother me.  Do you have any idea just how hard it is to ignore a little boy who doesn’t want to be ignored?

“Lock yourself in your bedroom.” I am told.  (more than one person has said this to me.)

All this does is give him free reign to destroy the other people in our home.

Sure, with a little research you can track down just who we are, but whether I publicize our lives or not, how many people are gong to go to the effort?

I speak as a way to raise awareness, as well as to deal with my own frustrations at the system of care in the United States of America.  A country where if someone does something wrong he/she is automatically determined to have a mental defect.

If everyone in this country who does something wrong has a mental defect, then why is mental health care and treatment not a higher priority?

If you don’t like reading about my son, don’t read this post.  I make no profit off of his situation or that of the rest of the family.  I don’t have subscriber fees.  I don’t sell stuff, I stopped doing product reviews.  It is simple really.  Don’t like it?  Don’t read it.

I wish that we could have a reality show centered around people with reactive attachment disorder or mentally ill people in their lives.  Not to point fun at these people, but to show how much they struggle to make it to the end of each day, only to find that the next day is exactly the same.  They do this 365 days a year with intermittent breaks provided by staff and support or school.

You know what?  Even when he is with staff, or at school, I don’t turn off my brain and stop thinking about what he is doing.  It would be disingenuous of me to say that I do.

Okay.  I will step down off my soap box.  thank you for reading.  Now, who moved my cheese?

Regardless of what his diagnoses are, what he does, David is my son.  There are times when the his Greatness lights up our world like a lighthouse lamp shining through the darkest clouds to help ships find the shore.  Then there are days when I think that I will go mad if I have to listen to another derogatory beat box from his lips that trashes his family.  Either way, he is my son.  I love him, and tell him that everyday.  No matter where he goes in this life he will always be family.