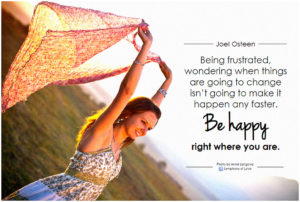 Well beyond frustrated, and I am trying to work through it.

What it amounts to is this.

The basic reason that they won’t accept him for care?

After all of that was refuted, they blamed David.  Said it was because he was too aggressive.  That he didn’t do this therapy or that.

Again we refuted their blame.

Will this result in a bed?  I don’t know.

What I would like to do is for someone to make me a list of all of the things that I am supposed to do.  I will have each item checked off and signed off by whomever at whatever agency or facility indicating that the item was completed.  When the list is finished, maybe we can get on with providing David the services and care he needs.

Why do people always blame the parents?

Sure there are times it is the fault of the parents, but I assure you, this is not one of those times.

I am not looking for a magic cure.  I know that isn’t a realistic option.  But dammit, doesn’t anyone hold themselves accountable?

Sure we didn’t do the family therapy at this facility. Why?  Because it was scheduled at 9am most of the time, a time when mom and the rest of the kids were all in school or at work.  Am I supposed to disrupt every aspect of life because the facility can’t provide services when it is convenient for a family coming from an hour away?

Today I learned that some important people involved in David’s case made an appeal directly to the facility in question.  This shouldn’t be necessary.  yet it is.

So I ask this question.

What does the average parent do that doesn’t have a voice?  That doesn’t know to call and annoy the hell out of people to get help for their child?  That doesn’t have a blog like this one to write about the foibles and misadventures of navigating a mental health care system that can drive the sanest person mad with anger?

I don’t know what to do.  What I do know is that I don’t want my family to become statistics on the evening news because someone doesn’t want to do their job.

Tomorrow I will sign more releases of information forms at agencies that already have releases on file so that records can be sent to people who should already have said records but don’t because some people don’t want to do the work.

I am frustrated.  Maybe the time is now to explore legal options to get agencies to help.