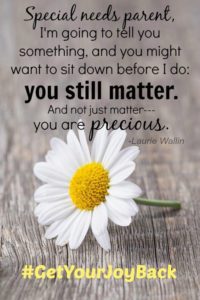 Visited David today.  He changed his story about my weed eater 3 times.

So now we have a possible location for it.

He got mom so frustrated that she moved away from the table.  Everything is blamed on some one else.

His forging of the check happened because we don’t give him an allowance.  Never mind that he doesn’t do anything to earn an allowance.

His theft of some items is because we don’t give him any money.

Some neighbor game him 50 dollars to purchase a spark plug, and a spark plug tool.   I asked about the remaining funds, and he said that the spark plug cost all of the money to buy.

We also learned of some of the places that are easy to steal from.  So I will be stopping at those stores tomorrow and talking with the owners.

Before we left, I asked David if he dreams of hurting us.  He said no, but that he does think about killing himself.

I asked if he talked to staff about that, and he said no, because he was afraid that they would just keep him longer.

So I asked if it would be okay if I talked about it, and he said yes.

So tonight, I ask for prayers that David comes to peace with himself.