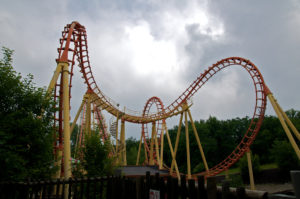 This has been something of a roller coaster week. I was in Indianapolis for the National Disability Rights Network annual conference.  Some fantastic networking opportunities.  A lot of great information, fabulous food and weather.

At home, David was busy doing what David does.

He forged a check.

He was charged with unruly behaviors and taken to safe bed.  So now I need to determine what further charges should be contemplated.

Do I press charges for forging a check on my account?

Today, I brought him home from the safe bed. For the most part he has been good.  I have allowed him zero freedoms.  I hate doing that, but he needs to know that actions have consequences.

To quote him, “safe bed is a worse place than here, and they let me go outside. So how come I can’t go outside.”

then he says “can I just go back to the psych ward, I don’t want to live here any more. There is nothing fun to do.”

He says that he wants to tell us what is right.  His way is right.  What he says is the right way to do things.  My banning “Call of Duty” is wrong.  Someone needs to play the game and since no one else was, then he should be able to do so.  Banning facebook access was wrong, because since he created his latest account, he has gotten 66 friends in 3 days.  Banning Internet access is wrong.  (David has threatened to kill someone via facebook, which is why we don’t allow him to use it.)  He also told me that he has been using Internet on the i-pad he is sometimes allowed to use.  Guess we need to make some changes.  He knows that isn’t allowed, but thinks that the rule is wrong since it isn’t the way he wants things to be.

I should note, shortly after I started this post, David’s behaviors escalated.  I ended up taking him to the mental health unit in the city.  He told me “if you like, I can stab you with a knife.”  or something like that.  I am a little tired, it is nearly 230 in the morning, it has been a long day.

The staff on the unit greeted him by name.  He left some clothes behind when he was there last, so we don’t need to bring him clothing.  How sad is it that the mental health unit knows him well enough that they don’t require me to complete his psycho-social history form?  How sad is it that he will be discharged in 4 days.  David was discharged from safe bed at 2:30.  12 hours later he is in the hospital under mental health care.

I am afraid that one day, we will become statistics in a book that no one ever wants to be a statistic in.  Pray that we get the help he needs soon.