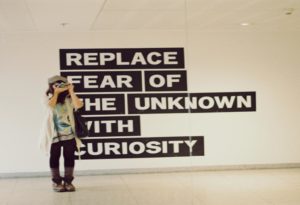 We talked about dogs, rain, basketball (though I am by no means knowledgeable) and we talked behaviors.

We talked about how he likes being at home.

When asked about being home, David candidly stated “I don’t think I am a home person, I don’t do very well here.”

I asked him if he thought a facility would be better, and he stated “I don’t like facilities because I can’t get my permit at 14.”

So we talked about behaviors and driving permits.

I explained that sometimes, behaviors limit the extracurricular activities that we enjoy.

I gradually turned the conversation back to behaviors.

I asked one very telling question, not expecting a response.  “Why do you do the things that you do?”

He said “because I am bored, and it is fun.”

Not sure what that means, but it is telling where his is mentally.  How can hurting people that we are close to be fun?

So I talked about facilities.  He is aware that it is a possibility that he will end up in a facility.  His only concern is that he won’t get to see us.  He knows I submitted the paperwork, and that we have already received notification of denials from in-state facilities.  I explained that whether or not he gets placed is largely up to his behaviors.

We don’t expect perfection.  We expect him to try.  So he promised to try.

It is rare that I get to have any conversation with my son, even though we spend about 20 hours a day together.  He doesn’t sit still long enough to talk, and this morning he did.

At the end of the period when he began to get restless, I gave him a hug, thanked him for talking to me, and told him how much I loved him.  It was a rare moment when I actually believed him when he told me “I love you too Dad.”

Never take away hope.  There always is hope, if we don’t have it then what will the world be like?

Oh, I asked him if he sometimes sees people other than us in the room.  Yes. “But they don’t bother him.”