David is his own worst enemy. 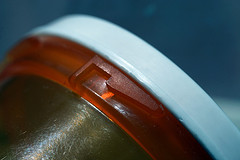 With the increase in behaviors, our psych team has discussed changing one of his medicines.  We aren’t doing a wholesale med wash like we used to do.  Rather we are increasing one of the stabilizers.   Hopefully we will see a change.

When we met with the psych team, I commented – in front of David – that the last time he was discharged home from a residential placement, he lasted 8 months before we had to look for placement.   We are in month 3, and a review of my posts from that time, shows that he is on track for another placement.

I hate the idea of sending him to another facility, but if he can’t maintain behaviors that are acceptable to society, can’t stop lying, being vocally aggressive to staff and/or going into a rage because he has been caught doing something that isn’t allowed, then what choice do we have?

If he was 18, it would be a matter of time before he was in jail for assault or worse.

We can do everything under the sun to protect our kids from things that can hurt them, but how do we protect them from themselves?

David is all about “what can you do for me right this second?  what can I gain from this second? ”  good or bad, if he thinks he can gain something, he will act out.

Trying desperately to keep him home, but… there is only so much we can do.

Not giving up.  Just recognizing that, again, sometimes we need help from outside the family to care for him.