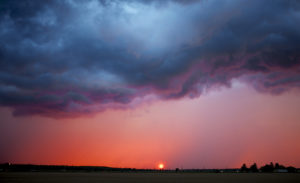 Earlier, I wrote to you about David’s explosion of behavior. I looked just now, and that post never published.  I evidently saved it as a draft.  So it will seem like these events are coming back to back, in reality, it has been a couple of hours.

We had about 2 hours of calm.  And then.  One would think that Mt. Etna erupted.

By the time things calmed, David was restrained multiple times.  He became combative.

I should really say that it all started with a grin.  That grin that says hell is coming.  His grin.  The one I should know so well, that means he is about to come unglued.  Sadly, I missed the sign that was staring me in the face.

So tonight I am the worst father, my wife is the worst mother, we are the worst family.  He said “he wants a new family”.

My wife and I replied, “this is the only family there is.”  At which point, all hell broke loose.

I am at a loss,  I guess as a parent we want what is best for our children.  For two months I have been in denial about the situation.  The honeymood is officially over.

As I write this, I am getting myself back under control.  See, I have a heart condition.  It is stable, but no one likes to be unnecessarily excited when they have a heart condition.  Mom is getting herself under control, I have two boys hidden away in their rooms, and now I have a babysitter that won’t babysit in April so I can spend two days in meetings down in the city.  Sure I could drug David into a comatose state, but I am not that guy.

In reality.  I love him, I really do.  Maybe we need to love him from afar.  Maybe that is what he needs.

He says “if I wasn’t David, then I wouldn’t be like this.”

So what do we do?

I understand a lot of things about David’s mental illness.  I wish I could figure out the magic to help him control the demon that rages inside of him.

I wish that I could get him to see how much he means to us.

In a way, I guess that this blog is a journal as much for me to document my thoughts as it is for David to some day look back and say to himself, “they really did try everything.”

Reality tells me that  I will be waiting a long time past forever for that to happen.

It started because I called him out about his lie regarding wearing shorts to school when he left the house in blue jeans.  Such an innocuous thing.  Sure I could have let it go… but if you let one thing go, then you have to let another, and another, and another.  Pretty soon mice have taken over the house.

Trust.  Something David so desperately wants.  Something he throws away like lint in his pocket.

Please, a prayer for David.  That he finds the peace he so very desperately needs.