David has been home for most of 10 days. 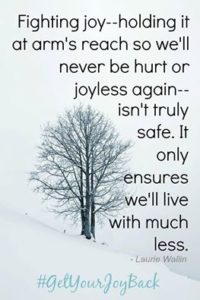 Has it been perfect?

Do I expect perfection?

I am proud of the changes that I am seeing in him.

Does he still have mental health issues?

For now, I will take it.

We are still struggling with getting therapists and psych teams set up.  Since he has been in facility for more than 2 years, he is considered a new patient by his last psychiatrist.  As a result, it will be April before we can get in and see her.  I am begging for a spot on the call list.  You know, the list that they can call if an opening happens because of a cancellation.

Playing phone tag with mentoring. 🙂  At least that is on the schedule.

As far as medicaid is concerned, no news.  Since the people at medicaid decided he needed to come home, other fun things have happened.  For example, one of the medications that is used to stabilize David, medicaid refuses to pay for.  Medicaid is not the primary payer on his bills.  Blue Cross is.  With Blue Cross, our portion is still well over 100 dollars.  We will find a way.

School is going good, though he is only going half days right now.

David complains that one of the teachers doesn’t have a sense of humour.  I explained that some people don’t and he best not be joking around with this teacher.

As Kasey Kasem used to say, “Keep reaching for the stars.”

thank you everyone for your kind words.  Sure we are still in the honeymood phase, and one good break down will undo a lost of the trust that has built, but I will take what I can get.  One day at a time.

No matter how ugly today is, tomorrow’s beautiful sunrise will brighten a brand new day.