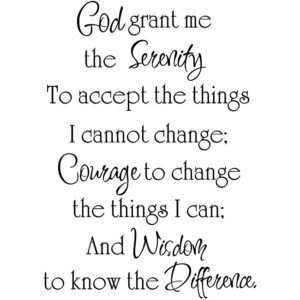 David has been home a month.  For the most part things have gone well.

Recently there has been an increase in the number of lies.  Lies about petty things that don’t need to be lied about.

When confronted about lies, he says “you never believe me…”

This gradually changes to “Let me tell you the real story…”

One of the biggest things he lies about is food.  All he has to do is ask.  Instead, he steals it, hides it under the furniture.  Then denies having any knowledge of how it got there.  He doesn’t seem to connect the idea that for the 2 and a half years that he was in a facility, this NEVER happened.

On Friday was the clincher.  In Social Studies class on Friday, they watched a video titled “Planet Earth”.

David asked to speak privately with the teacher and said “Can I not watch this video?  It reminds me of something in my past history.”

When I asked, David lied.  Said that the teacher was lying.

I tell David that the thing that will start to get him in trouble faster than anything else in this world is a lie.

We don’t withhold food from him.  We know his metabolism is such that he needs a consistent supply of food.  All that we ask is that he ask us when he wants or needs to eat so that we can track his intake.  So that if he eats the last of something, it isn’t a surprise, and we can put it on the grocery list.  Plus, we can ensure that, at least occasionally, he eats something nutritious instead of just eating junk all of the time.

In regards to the Planet Earth video… I don’t know what to think about that.  Maybe there is something about the formation of the earth that triggers a memory?  I asked David about it, and said “if this the movie reminds you of something in your past, what would it be?”

David responded with “it reminded me of a time when I was at the facility and the other kids were laughing at me because of some video I was watching.”

Why would he need to lie about most of the things in his life?  Is it a protection mechanism?

Each day he asks “Why don’t you trust me?”