David and his irrational beliefs

So when he asked about discharge from the facility he is in, I explained that before he could be discharged, a facility needed to be identified and either restructured or added on to, in order to house a child with Autism.

Evidently he is under the belief that he is being discharged.   And discharged to a specific place.

Since I listed a number of facilities that could potentially be adapted for the needs of kids with Autism, he decided the one he is going to. 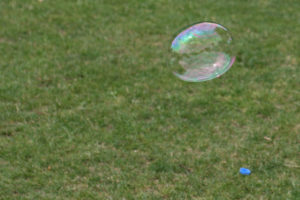 Hate to burst his bubble, but unless things have drastically changed in the state of North Dakota’s mental health institutions, he isn’t coming home soon.

Much as I want him home, it would likely be a huge step back for him to come straight home from his current facility.  How do I know this?  Simple history.  It has happened before.  He does great for a while, and gradually his behaviors deteriorate.  So there needs to be some type of step-down or transition facility between there and home.  Sadly he won’t be able to see beyond his belief that he is getting discharged.

« a gift of kindness and life
Crisis Mode – Setback in treatment »

3 thoughts on “David and his irrational beliefs”