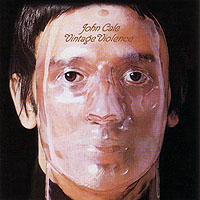 Ted Nugent recently penned a column regarding the violence in Ferguson, stating ““killer” liberalism is the real problem, Nugent concludes, and only by renouncing it will African-Americans finally see their lot improve.”

I know what Liberalism means. How can renouncing “Liberalism” end violence? Is violence limited to that African-American population? I think not.

For those so inclined, you can click on the word Liberalism for a definition.

What I would like to know, is:  Does Mr. Nugent know what Liberalism means?

The key to ending violence isn’t renouncing “a political or social philosophy advocating the freedom of the individual, parliamentary systems of government, nonviolent modification of political, social, or economic institutions to assure unrestricted development in all spheres of human endeavor, and governmental guarantees of individual rights and civil liberties.”  After all, individual rights and civil liberties are what make this country what it is.  This is what enables Mr. Nugent to be the gun toting rock and roll musician that he is.  Individual rights also allow him to speak his mind. And he wants to end those things?  The Bill of Rights attached to the United States Constitution.  Should we do away with those rights?  What will Mr. Nugent do without all of his guns?  Without the freedom to espouse his political beliefs?

The key to ending violence in any population begins in the home.  Families have to stop fomenting hate.  Only after that change is made, will things begin to repair themselves in the fabric of our society.

I grew up in a single parent home.  I ran with a group of kids that were troublemakers.  I grew up on “welfare”.  I don’t remember ever getting crack from the commodity truck when we went to get our cheese or butter.

Life is all about personal choices.  The individual rights that we all hold so dear allow these people to bring violence to their streets.  A hate filled racial rant from Mr. Nugent isn’t going to change that.  Want to make a change Mr. Nugent?  Try running for political office.  Try adopting a child and giving them a life that they might only dream of.  Help make mental health care services in our country easier to obtain.

Maybe Mr. Nugent has a different definition of Liberalism.

4 thoughts on “Ending violence in America”