David turned thirteen years old last Tuesday.  On July 28th, will be 11 years since his adoption was finalized.  How quickly the time goes.

For David’s birthday, we went out to the facility he lives in to visit him.  Most of the family went.  We arrived late Monday, spent Tuesday, Wednesday and part of Thursday visiting David.

The hard part wasn’t just in seeing him, it was the fear.  I could sense it in his siblings, though they all did their best to hide it.  I know Mom, I and Aunt all felt that fear.

Before we even arrived at the facility we had a plan in place to lock up all of our technology while David was with us.

He is so polite.  He came to us the evening of his birthday, and everything was “yes, no, please and thank you.”  He was polite before, but not like this. 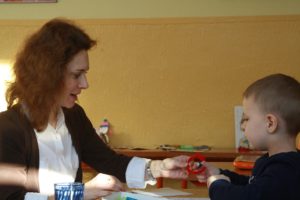 He brought his birthday present from the residence with him.  A football.  It was so neat to watch he and his sister play catch that evening.  When David was at home, she was a frequent target of his physical, emotional and mental attacks.

For his birthday, we gave him a guitar, amp, case, some picks and a warning that his being able to play it hinged on his behaviors.  Without positive behaviors, there is no guitar.  David seemed excited, at least as excited as he can be.

We gave him other things, but not for his birthday.  Things that he needs.  Shoes, clothes, and what not.

Wednesday, David joined us for lunch.  Never seen anyone eat so much peanut butter.  According to staff, that is normal for him.  He would eat peanut butter to the exclusion of everything else if they let him.

During those periods when David wasn’t with us, we scavenged for treasures in the second hand stores in the community where he lives.  So many treasures.  I think that the whole family will agree that the greatest treasure we received this week was the time with David.

Wednesday evening we watched movies with the kids.

Thursday, David came back for lunch.  He is in summer school, so everything was worked around that schedule.  That afternoon we met with the care team for the monthly update.  It was great to see faces and put them with the names and voices we have been hearing on the phone.  I reiterated our desire to have the least amount of medication possible for David.  Less is more.  So we are continuing to wean him off the medicines.  Nice to work with a psychiatrist who agrees with that concept and doesn’t just push more pills all of the time.

I explained to the kids during family therapy before we left to return home, prior to his placement in this facility, David had to go through a med wash about every 60 days.  He hasn’t had one med wash since he moved to the new facility.

Our stay with David was facilitated in part by the placement.  They have residential units for family.  we took up two units because of the size of our family.  The staff was incredibly supportive.  While I am frustrated with the idea of David being so far from home, I feel that we are blessed that he is in this facility.

3 thoughts on “the greatest treasure”