A bit about Insurance, Medicare and the ACA.

I don’t like to wax politically on my blog.  To me there is enough of that going around that one more opinion really isn’t going to matter.

That changed today when I took my wife to the dentist.

See, she is covered by an employer plan at the school where she teaches.  One that she pays a portion of.  This year, we decided to add myself as well as the kids to the plan.  We qualify for Medicaid, but that has a “Recipient Liability” of 2500 a month.  “Recipient Liability” is another name for deductible.  We pay the first 2500 dollars of our medical expenses out of pocket each month when we are on Medicaid for each member of the family except David.  Now, in the event of a hospitalization, this would be a savior for us.  (For info about why David is exempt see the end of the post.)

Anyway, back to the dental appointment today.  A few weeks ago, my wife broke a tooth.  Doesn’t matter how.  It happens.  So we worked on getting her an appointment.  Today was that day.  3 hours into the visit… they have cleaned her teeth, they have done all of the x-rays, and completed the examination.

Oh and it gets better.  Each insured has a 1500 dollar cap per year.  Insurance won’t pay more than that amount.

So since, we are basically poor enough to be on Medicaid, we don’t have 1700 dollars laying around to fix these two teeth.  Guess that we can look forward to spending that tax return at the dentist this Spring.

I can’t wait to find out how much it costs to fix my teeth next week when it is my turn in the chair.  My mouth is affected in part by a large variety of medicines that have side effects that are harmful on tooth enamel.  I am on Medicare because of disability, but guess what?  Medicare doesn’t cover dental or vision.

The premiums that we pay to get dental and vision insurance for myself and the kids would cover the cost of her crowns. 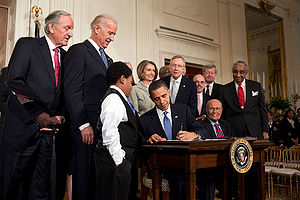 One other thing.  Because I am on Medicare, I am exempted from the ACA.  That is what the site told me when I went to apply.  I haven’t applied for the family yet.  But will be doing so soon.

David, because he was a special needs adoption gets Medicaid until he turns 18.  This is a part of his adoption package.  Thus, it isn’t income based.