that says “your son has had a seizure, and is on the the way to the emergency room via ambulance.”

It was nearly two hours before I noticed the message on my cell phone, which tells me a number of things.

While I am upset that my child had a seizure, I am also upset at the failure of the institution to follow a protocol to ensure that parents, in this case, my wife and I, knew that an emergency situation arose that required an ambulance and a trip to the ER.  Anyone who knows me knows that I would drop what I am doing right now, and rush the 50 or 100 miles to be with my child.  Just because he is in an institution, doesn’t mean that we don’t care about him, love him, and want to be involved in his life. 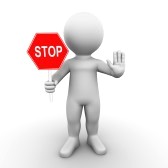 In the end, David is stable, and while a bit disoriented initially, seems to be fine now, although they said he is rather subdued.

Mom is making arrangements to go see him, plus we are going to do our regular visit on Sunday.  The thing is, with a child that has severe mental illness, you have to maintain a schedule.  Us just showing up at the facility isn’t going to be good for him, we know that from experience.  On the other hand, us showing up when he was in the emergency room would have been entirely acceptable to him, plus it would have made mom and myself feel better about the whole situation.

In regards to the medication.  We had no idea he was on Welbutrin.  None. Zero.  We were in the dark.

How seriously is my trust in these people being eroded?