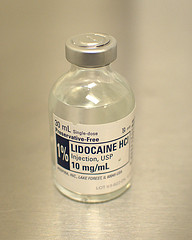 I am proud of each of my kids.  Everyday, each one does something that just blows me away in awe.

Today for example… Mr T and I went to dermatology.   He has a lot of moles on his face, so we are working on getting them removed.  He was a bit nervous going in, I could tell, that, but with the autism, the average person wouldn’t have known.  He was his usual self though, cracking jokes and what not.  Until they stuck the first needle in him.

I swear, if I could have traded places with him, I would have done so in heartbeat.  It is difficult for parents to see their child in discomfort.  Truly, it was more than discomfort, it bordered on an anxiety attack.  A teeth chattering, chin quivering anxiety attack.  I have never seen him like that.

Still, he opted to continue.  They were able to get the first three numb enough to remove, and the doc was a very good man.  His nurse was also incredible.  I offered my hand to T, and he grasped it in both of his fairly sizable hands and held on.

after the doc cut the first one off, he showed it to T.  This seemed to calm him down immensely.  The doc asked for permission from T to continue, and surprisingly permission was granted.  So he proceeded to remove the largest one on T’s chin.  After the third mole was gone, the doc and his nurse asked permission to take two more.

Again, T surprised me and granted permission.  At this point, he had to contend with the Lidocaine needle again.  After all was said and done, T had given them five moles to biopsy.  Very brave.  I bought him a milkshake and lunch with a favorite aunt.  He slept most of the way home.

We go back in three months to take off five more.  I asked T if he was ok with that, and he said it wasn’t so bad.