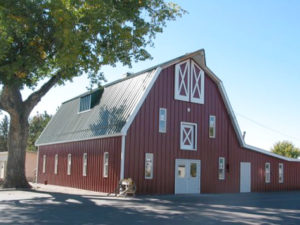 First, David was accepted at the new facility.  Which is pretty good, as we haven’t done anything other than sign a release of diagnostic records for them to give a “tentative approval”.    There are a lot of hoops to jump through in order to be able to place David at an out of state facility.  First, he needs three denials from in-state facilities.  Second, an Interstate Compact has to be established.  Third, Medicaid has to approve it.

These three items can’t be accomplished until we submit something called a Universal Application which has to be updated at least yearly.

The facility where he currently resides wants to bump David’s staffing, likely there are thinking that this will allow David to be placed faster.  Thankfully, most of the team isn’t ready for that to happen.

The thing is… I asked the social worker in charge of David’s case how his behavior has been since we changed one of David’s bipolar meds.  The reply that I received is as follows:

“He actually did pretty well last week overall and had a good week in school.  He still is very impulsive and hyperactive.  He continues to need multiple redirects to stay on task.   We have started having some of the other residents acting up in the cottage the past few days and I’m scared this will start affecting David negatively.  We will see how it goes.”

How is moving him to another facility go to change the way David reacts to people around him?  Short of putting a child in isolation, you can’t prevent them from interacting with other people.  It just isn’t possible.

Any reader of this blog knows and/or can review his history and know that this has been David’s issue for the past 12 years.  It is who David is.  Meds aren’t going to take that away.  Yet, they won’t allow him to stay either, they still want to move forward with the transfer.  The new facility is 467 miles from our home.  From David’s home.  With my health the way it is, it is at least a 3 day trip.  One day down, one day to visit, one day back.

The argument can be made that we can skype with David.  True.  But.  David has a tendency to hack people’s accounts.  He is good too.  So that isn’t necessarily a good option.

The second part of this post relates to Bureaucracy.  For the past almost 3 years, I have been able to communicate with David’s care team via email.  This is good for a number of reasons.

Now, I can’t do that any more. I was told today that it is against department policy.  They can communicate with the residential facility and staff, but not with the parents via email.   Heck, I would sign a release indicating my acceptance of the risk that is inherent with email communication, but evidently there are “NO EXCEPTIONS”.

Where is my phone?  I exchange communication with these people sometimes three and four times a day.  How is that going to work now?