As a father of a child with an Autism Spectrum Disorder, I am well aware of the intricacies and quirks that a child on the 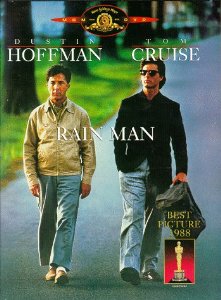 Spectrum can display. Anyone who has watched the movie Rainman has seen stimming. Raymond exhibited it in a number of ways.

Our son, stutters. When he is excited, upset or talking about his passion which is history, he stutters.  Typically it is only the beginnings of words.  He has participated in speech therapy, in the end though mom band I decided that it was just a part of who he is. We could no more take away the stutter than we could take away the Aspergers that he has been blessed with.

Stimming is just a self stimulation that the individual does as a coping mechanism. You and I might speak about our discomfort, which is a social skill, people with Autism typically lack social skills.

How did your baby act when they were hungry or had a wet diaper?  They fussed and cried, correct?  That is a form of stimming. They have no other way of expressing their unhappiness.  Think about it for a minute.

What examples of stimming does your child exhibit?

« A Needed Response to Steubenville
Who makes major life decisions »