A fathers thoughts about Steubenville.

It is easy for someone to make armchair assumptions about a situation. 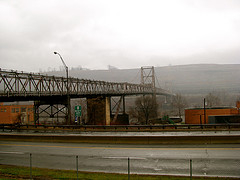 Steubenville has been in the headlines lately because of incidents that occurred their which involved the football team, some cheerleaders and a party.  To say that a lack of social responsibility occurred is an understatement.  What possessed this reportedly bright stars of their community to do such a thing?

Henry Rollins said it best.  “One story has captivated our staff and nation…”

I don’t listen to a lot of what Henry Rollins spouts in his rhetoric.  I do applaud his opinion about Steubenville.

Now it seems to me that somewhere along the line of raising these kids, something happened.  Be it they weren’t loved enough (which I doubt), they weren’t given all of the opportunities for success (which I doubt, as at least one of them was a football star on the high school team), or they didn’t have friends.  All of which are detailed in the press.

Accountability needs to take place.  According to the many news releases about the subject, from Fox News, CNN, CBSNEWS, and others, the kids did the deed, bragged about it to their friends, and then denied it when they got caught.  After that, it gets fuzzy.  Did the community try to cover up the event?  Did the parents try to cover it up?  Did the classmates try to minimize the event by covering it up?

According to almost any mainstream news report about the events in Steubenville, all of the above.  CNN went so far as to express pity at the wasted lives of the two young men who were sentenced in the trial this past weekend.

Pity.  Such a small word.  Where is the pity for the victim who went out for a night of fun with her friends and became the center piece in small town politics, small town news, high school gossip circles, and nationwide mainstream media.  I imagine it is only a matter of time before there is a Lifetime movie about the whole case.

We live in an age where mainstream entertainment and media has a huge influence on our lives, and those of our kids.  Our kids are impressionable at any age, but most especially when they are in the throes of all that is high school.  Admit it, how many of your facebook friends from high school were people that you socialized with in high school.  I bet that there are only a handful.

We live in an age where athleticism is held to a lofty place.  All that is about athleticism.  It can be good, great and very bad.  Good because it promotes good health, sportsmanship and many other things.  Great because among other things, it helps develop a solid work ethic in participants.  Very bad because, athletes, at least those who are successful are sometimes held to a different standard than the average person.  Very bad because athletes are on a pedestal, and when incidents such as this, or heaven forbid a death happen, people wonder what went wrong.   Paying people millions of dollars to play a game is part of the problem.  What high school athlete doesn’t dream of the opportunity to play in the big leagues?

A brief story about accountability.  This father, as a young man, was in trouble regularly.  He stole a lot of things.  One time, his step-father took him to the police station because he suspected that the young man had stolen a bunch of things.  He held that young man accountable for his actions.  He didn’t have to do so.  But he cared enough about him to take the time and effort to help the young man get a different path in life.

Now, it can be argued that stealing isn’t the same thing as rape.  And while I agree, the accountability aspect is the same.  Accountability needs to begin at home.

Our youngest, was accused of threatening to kill someone.  I didn’t wait.  I took him to a psychiatric facility for an immediate evaluation.  We can sort out innocence later. (for the record, our son has mental health issues, and is being treated for them.  We knew about that before this event occurred.)

In most cases, I think that there is ample warning when a behavior of any kind is going to occur.  Since I don’t live in Steubenville, I can’t attest to the atmosphere in that town.

What I can attest to is the concept that the parents, the coaches, the teachers and the friends all need to hold these young men accountable.  The herd mentality is not an acceptable excuse.

It is as much about social responsibility as it is about teaching right from wrong to a young person growing into adulthood.  At no point is there any indication that someone told these young men to stop.  While there may be evidence of that being said, it hasn’t been reported that in the media.

Everyone in the community is culpable at some level.  From raising the status of the athlete in the community, to attempting to belay the truth.  There needs to be a change in the mentality of our society.  We need to stop deifying our athletes.  The multi-million dollar paydays are only part of the problem.  When we have hero worship of athletes and not anyone else in the world today, there is a problem.  CNN went so far as to express it’s sympathies to those who were convicted.  What about the person who was raped?  Doesn’t she deserve sympathy?

As a father, if my kid was accused of rape, I would hire an attorney and have the attorney meet us at the jail.  I would believe that my child is innocent, but… people need to be held accountable.

Athletes are not above the law.  Parents need to hold their children accountable.  It takes a community to hold a football team accountable. Especially since the parents may not want to.

What do you think?  (A discussion needs to happen. It doesn’t have to be here.  I welcome dialog, but if you threaten anyone, I can and will report you to the proper authorities.  Be adults.  Be respectful.)

« Can a marriage survive a special needs child?
Disruption to site service »

One thought on “A fathers thoughts about Steubenville.”