I am going to use the R word.

I can define reprehensible, or you can look it up over at Dictionary.com.

We can not have one conversation without the other.  It would be irresponsible of our society to assume that guns are solely to blame, just like it is irresponsible to automatically assume that Autism is what caused the horrible tragedy in Newtown.  I think that in time, the killer will show through records that he had severe mental health issues above and beyond an autism diagnosis.   Autism is not the cause here.

I am certain that I will receive hate mail for this.  I seriously doubt that there will be significant legislation that with-stands constitutionality tests by the Supreme Court.  Whatever law our congress comes up with will be debated for years.  Now, I am not saying that gun control legislation is not a good move, nor am I saying that it is.  I am an advocate for responsible gun ownership.

We need to remember a couple of things regarding Newtown.  The killer, didn’t own the guns.  According to news reports he stole them from his mother.

Before we can talk successfully about anything, we need to let the Newtown community mourn the loss of the innocent.  The heroism of the teachers and the heroic efforts of the first responders in their attempts to save the survivors.

My son has Autism.  Largely he is bashful in most social situations.  It is through the efforts of his classmates in our school district that he is as socially aware as he is.  Being the father of kids on the spectrum, and kids with severe mental health issues, I hold the mental health industry to a higher standard, as I believe we all should.  We need to advocate for better services for those with mental illness.  We need to advocate for better access to those services.

Like everyone I have talked with about Newtown, I am both shocked and deeply horrified by the situation.  As a parent of a kid with autism, I am also horrified that people would assume that a child with autism is a violent child.

As citizens of the world, we need to hold our news organizations to a higher standard.  We should not be sensationalizing the Adam Laska’s of the world.  The conduct of the media in this matter can also be deemed reprehensible.

The opinions stated are my own.  I have a brain and am not afraid to think for myself. 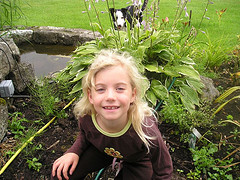