It has been two weeks since David entered placement.

In  the intervening time period, we have had an IEP, we have received his first treatment plan.  We have learned that David is pushing limits already.

He has stolen something every single day that he has been a resident.  Either from the school that is on-site, or from the residence hall. 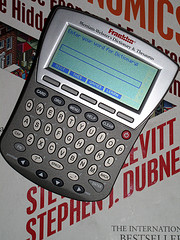 He has stolen everything from a Franklin Electronic Dictionary to a cell phone, followed by an mp3 player.

In other news, he has also served in school suspension because of his overzealous use of the F-word.

I struggle everyday.  I struggle with him not being at home.  I am still mostly on a night time schedule, and when I find myself dozing off, I wake with a start and then search the house looking for David. I wonder how long it will take me to get out the habit.

I miss him.  I know that his placement means something for both him and the rest of the family.  Tempers don’t flare nearly as often as they did before his placement.  His sibs still lock themselves away, I guess that they don’t feel entirely safe yet.

Our health insurance has been canceled, so we have to delay getting into family therapy.  Hopefully things will clear up in the next week, and we can get started healing.

David is after us already to provide him with things.  Actually, he demands them.  I want this, I want that.  Until he can be and remain stable for more than a couple of hours, we won’t be scheduling a home visit.  If he comes home for Thanksgiving, I think that it will be a day visit.

We also learned that David likes to use his ADHD as a crutch.  “I have ADHD, so I don’t remember that…”  “I am sorry, I wasn’t paying attention, my ADHD got in the way…”