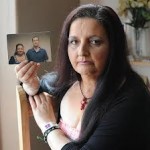 The news is filled with stories of people who make the most atrocious parenting decisions.And it’s easy to make fun of them.  But every once in a while there’s a story that makes me sit up and wonder whether I’d have the courage to do the same thing.

Sue Lewis is a mom in the UK whose 24-year old son confessed to her that he’d been involved in a murder. “As a mother I wanted to protect my son — I’d have done anything for him,” she said in an interview in The Sun newspaper. Lewis’ son, Jimi, and some friends killed a young man they thought had slept with Jimi’s girlfriend.

“I felt sick — my own flesh and blood, capable of such a horrific murder…,” she said. “I was carrying the weight of knowing what Jimi had done and I knew I had an impossible decision to make.” Her decision? To report her son to the police.

As parents we all wonder what we would do in a similar situation–and we’re damned glad that the chance are extremely slim that we’d ever have to find out.
One of my daughters (now 19) and I had a few really tough years and I worried that she’d get herself into some real trouble. Fortunately, that never happened (although she did just get a small tattoo). But even in my most nightmarish fantasies, I never had any doubt that I would defend my daughter every step of the way. After reading Sue Lewis’ story, I can’t honestly say I would have turned my daughter in. And I don’t mean anything critical of Lewis at all. She did the right thing, no question.  But I’m not sure I’ve got the strength of character to do the same.
What would you do if your child confessed to a murder?