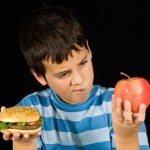 A recent survey found that about 80 percent of US public high schools have contracts with either Coke of Pepsi. And given the amount of money that those companies pay to have their products on sale in schools, that’s no big surprise. Unfortunately, a lot of schools that sell soft drinks also sell all kinds of other junk food. As a result (and this is no big surprise either), kids who eat a lot of junk food at school are more likely to be overweight than kids who don’t have access to as much junk.

But there may be a way to help—and an interesting, just-published study gives some hints on what we need to do. Over a three-year period, the study compared weight gain of students who live in states that have strong laws regulating in-school junk food sales to those who live in states with weak or non-existent laws. The results are pretty compelling. Students in weak-law (or no-law) states put on an average of 2.25 more pounds than those in strong-law states. In California, for example, which has strong anti-junk food regulations, kids took in an average of 160 calories per day less than kids in others states.  Doesn’t sound like much by itself, but over the course of a few weeks, those calories really add up.

Bottom line: lobby your school board to pass regulations limiting the sale of junk food in schools.