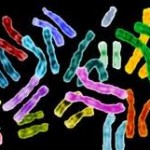 No one who doesn’t have a child with special needs can possibly understand what parents who do are going through. But we often—after thanking our lucky stars that our children are okay–try to imagine how difficult caring for a special needs child must be and wonder how we’d handle it. I certainly do.

And that’s why I was especially interested in a new study of parents of children with trisomy 13 or 18 (both are severe chromosomal abnormalities that usually kill children before their first birthday. And the children who survive often have significant physical and cognitive disabilities).

Keep in mind that in almost every case, the chromosomal abnormality was picked up in a prenatal test and the parents had a chance to terminate the pregnancy, which is what most couples in this situation do.

It’s probably a sign of some character defect on my part, but I’m pretty sure that’s what I would do too. I simply can’t imagine parenting a child with such a dismal prognosis. Seems like it would be enormously stressful and impossibly depressing for the parents, and unnecessarily painful for the child.

But apparently—and fortunately—I’m wrong. In the study, 97 percent of the 332 parents of severely disabled children described their child as “happy” and said that the child enriched their lives—no matter how short the child’s lifespan.

“None of the parents said they regretted not terminating the pregnancy. None said the life was unworthy of living. All of the parents reported the quality of life of their child was a good quality of life,” said study author Dr. Annie Janvier, an associate professor of pediatrics and clinical ethics at University of Montreal.

I’m thinking of doing some articles on parents of children with severe disabilities. If you are one—or know one—please let me know.