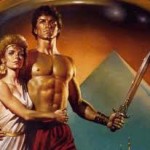 We men play a lot of roles: father, son, brother, husband, friend, coach, mentor, guide. But the one role that’s at most men’s core—especially those with families—is provider-protector. It’s the way we tend to see ourselves, and the way women see us too. Part of being a good provider protector (which should be only a single element of what makes a man a man) involves having contingency plans for how the family will be taken care of if something unexpected happens.

That’s why the results of the 2012 Aflac Workforces Report should really be a wakeup call for us and our families. Here’s some of the findings about America’s workers:

Add in the stats from an interview I did with the folks from U.S. Legal Forms, who shocked me with the stats that a huge percentage of American don’t have a will or a trust, and you can see that we’re in major denial. Being so completely out of touch with reality isn’t good for us or our families.

Come on, guys–time to get real