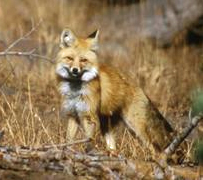 A lot of people approach Matilda with trepidation.  After all, she rides a Harley.  She carries a side arm.  Colt 45.  Most people with any sense steered clear of her.

Her nickname was well earned.  They called her Foxy Matilda.

It was well deserved, after all fox are known to be sly and skillful hunters.  Matilda could hunt better than most people with a long rifle and the only weapons that she ever used were her .45 and a Bowie knife.

Matilda earned a living, in large part, by working as a bounty hunter.  Right, a hunter of men, only thing is, she doesn’t kill them.  She captures them then gets on her satellite phone and calls the local authorities to come and pick up the prize.

When people ask her how she came by her nickname, her response is a simply two word reply.