As my eldest daughter’s high school career draws to a close, I find myself remembering the last 18 years. From finding out I was going to be a father, to learning that her mother was moving them to another state, and then the day she told me that she wanted to live with my wife and I.  So many jubilant moments, so many tears.

I admit, when her mother first told me that she was pregnant, I was scared.  Aloof, but scared.  Heck, I was just a kid myself. Almost nine months later, she was born 6 weeks early.  She was so tiny, it was, to me, a miracle.  When we brought her home, she slept in a cothes basket next to the bed.

I filed custody papers with the court before she was 6 months old.  Mom and her promptly disappeared.  I dropped the custody suit so that I could see my daughter.  In hindsight, I should have pressed it.  When she was 4 they moved to another state.  Her mom’s beau got a new job and she wanted them to move out there.  I agreed with some stipulations.  Of course, those stipulations were thrown out by her mother when they got settled.  For the next 7 years, I saw my daughter for 1 month a year.  It didn’t matter that the grandparents on her mom and step-dads side lived in the same area as me, and that they regularly saw my daughter. I wasn’t allowed more than that 1 month.

Then came her mom’s divorce.  They moved back to where my wife and I live.  We got to see her a lot.  Most every weekend.  When she turned 12, we told her mom and that she wanted to live with us full time.  Expecting her mom to put up an argument, we were surprised when she said ok.   Through the past 6 years, her relationship with her mom has been turbulent.  Mostly the relationship has been at her mom’s convenience.  I could never look at the relationship with my kids that way.  I would sooner stop breathing than throw away one of my kids. 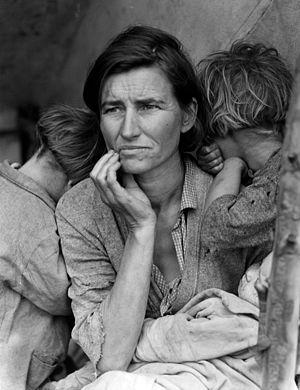 Through the past 18 years, whenever we had pictures taken of my daughter, we always sent them to her mom to share with that side of her family.  Turns out that mom wasn’t distributing them.  So imagine my surprise when Grandma and Grandpa confronted me about the pictures.  Then I explained the truth.  They weren’t overly surprised.

Her mom has made some incredible blunders in her daughter’s life.  I shouldn’t call them blunders.  I should say that her mom did the best that she could with what she had.  However, I know better. I know that she could have been better to her daughter.  But, then I know a lot of things, and in the end they are just my opinion.

So why now after 18 years do I write this?  The answer is simple.  My daughter knows exactly where she stands with her mother.  She knows that she isn’t high on the list of priorities.  We have shared a lot of tears with each other trying to help her come to grips with that reality.  Lucky enough my wife has been there to act as a mom.  But my wife isn’t her mother, in the end, they both know that.  We make do.

So, as my daughter transitions to college and adulthood, what words of advice do I have?