I was asked recently, which post of the many on my blog is an accurate reflection of who I am… 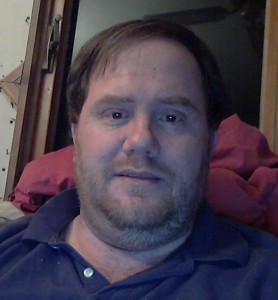 The short answer is: none.  other than the Houdini series.  Which is mostly about my early years.

So I thought I would draft a post about me.

I am 40 years old.  I am considered disabled due to long term health conditions.

I have 5 kids aged 18 or under.  3 of these kids are boys with special needs.

I am a dissertation shy of a PhD in Business.  My study was going to be on utilizing virtual reality tools/games to teach social skills to kids with Autism.

How did I become a stay at home father?

My wife and I moved our family to a small town in the hopes that we could capture some of the atmosphere for our children that we had grown up with.  In the city that we had lived in, our home was a block from the elementary school and our kids weren’t safe walking to school.  We didn’t want to raise our kids that way.  Initially, my wife was the stay at home parent.  I had a consulting firm that worked with the non-profit sector to align technology and business processes to fully grasp the benefits of technology.

My wife was offered a substitute teaching position in a neighboring school district.  As a result of the flexibility that I enjoyed in owning a home based business, she went back to work.  In 2010, our youngest son began having issues with the school.  We had asked for an aide for him, and were denied that, even though it was the recommendation of the psych team that he have one.

The issues started with someone putting their hands on our child, which you never do to a child with mental health issues. He attacked the person who did it.  He ended up on probation as a result.  Things went down hill with the school quickly.  In recognition of this, my wife adn I made the decision to close my business, since her employment was paying more than mine, it made sense.

I began having health issues. I had my first heart attack shortly after Christmas that year.  I had a series of strokes shortly after my 39th birthday 3 months later.

Our youngest son spent more time on suspension out of school than he did in school.   When he was in school, they would restrain him or lock him in a room by himself whenever he “got that look in his eye”.  In June, my wife and I made the decision to put him in a group home where he lived for 8 months.

Dealing with my health issues and taking care of the family became my role in life.  I enjoy it.  I love to cook.  I like to advocate for my children.  At a meeting regarding SNAP benefits, a social worker told me that my place as a father wasn’t in the home, it was in the workforce.  This became the start of whynotfathers.com.  It should be the right of any parent to make the decision to be an at home parent.

In January of this year, a month past his scheduled release date, our son came home.  We pushed it a month at the request of the school principal.  “So that he can start the new term..”  she said.

At the IEP meeting to facilitate his return and the supports that he would need, they refused to allow him entry.  They offered to pay us to shuttle him 100 miles away to another school.  We said no.

We were also offered the chance to get him enrolled in the district where my wife teaches.  They turned our home district down.  (we found out later it was because of something that was said to the other school.)

Now my time is taken up by caring for my own health, home schooling our youngest and ensuring that the kids get to whatever appointments they need. It isn’t an easy job.  Some days I feel like I am chasing my tail.

About 6 weeks ago we had a facilitated IEP meeting for our youngest son.   We asked them for 1 hour a day.  They refused.  So now I am filing a complaint with our state Department of Public Instruction about their negligence.

My goal is to show other father’s that being a stay at home father is a rewarding choice.  As a father of special needs kids, I searched for blogs like mine.  Father’s don’t like the term “support”, so you won’t find many father’s in “support groups”.  On the same hand, father’s have a need, call it instinctual, to fix things.  Somethings, like special needs kids can’t just be fixed.  Education is key.  As a former college teacher, I relish the role.  Even if the only thing I can do is blog about the struggles of one father to get the services that his sons are entitled to.

I relish the role.  I am inspired daily by the things that my kids do. The scholarships that my eldest daughter has earned toward college next year, the goals that our youngest daughter has set for herself and the role that she sees for her future.  All the way to the successes, and life lessons that are achieved everyday by each of my boys.  I am inspired.

Thank you for reading.  If I helped even one father get through a struggle that they are experiencing, then opening myself up and the lives of my family through this blog has made it all worth while.

I relish the role of father, parent and husband.