I have this idea. It goes something like this: we participate in an awareness campaign (like this one for Autism Awareness) and it gives us a sense of purpose, a sense of healing, and even, maybe, a sense of achievement — we did something.

There’s something inherent in any kind of cause marketing (just another fancy name for trying to convince you to care about a cause instead of a product) that is almost counterproductive to the purpose and potential it represents. Inaction.

There. I said it.

The sad fact of the matter is, that the end of this month will come and go, and our lives will be very much the same.

For being a family mired in the ‘having of autism’ we won’t suddenly be miraculously understood by that clerk at the store, and we will still feel isolated and alone because it’s just too hard to find someone willing to watch the guys so we can go out … our lives don’t change because of a campaign like this.

Sometimes the big organizations are a bit richer, are able to fund more research and put out more information and resources, but how does that help those of us in the trenches?

What if that wasn’t the case though?

What if we could turn Autism Awareness into Action?

What if, alongside the great quotes and warm fuzzy pictures we could have actionable ways to help those within the autism community? And what if, instead of simply pinning a pin, you are part of a pinning movement? What if, instead of taking part in a Facebook contest, you could not only win great prizes all in the name of Autism Awareness, but could also pledge to make a difference.

Not by sharing a photo or graphic (though I’m all for that too).

Not by being brutally honest about life with three boys on the spectrum (and a hubby too) … though, heck, I’m for that one too.

What if, when someone pinned a great graphic, or entered a great Facebook contest, they were given ways to help someone who was autistic feel less isolated? What if they were given things they could ACT on that could make a difference? And what if YOU could help?

And just for the heck of it, let’s dream big here, what if they were part of a Twitter Party that gave prizes for the best brainstormed ways to help a family  who has an autistic child be a part of the community again? What if we could have a Google+ Hangout and come together to discuss ways to make Awareness EQUAL action?

I think we can.

I think you can.

And I think we should.

Want to be a part of it? A part of the discussion, a part of the movement, a voice among many, THE voice that helps to make a difference?

During the month of May, Kat’s Cafe is joining with some phenomenal sponsors and a whole host of bloggers to prove that WE CAN move past awareness, into actionable goals and to-do lists, into simple and complex things we can do to create change.

Not talk about change. But create it.

This is the moment where you decide if you want to be a part of it.

Because it’s going to be big.

One person can make a difference, but many, working together, can promote understanding, respect, hope, and change.

Over this weekend I’ll be releasing more information, a special section of the Cafe, and a Blogger’s kit to be involved in this very different kind of awareness campaign.

If you have been around the Cafe, you know that my graphics will be a part of this – and I’m busy working on some great ones to go along with this campaign.

If you want to feel more than warm fuzzies, if you want to take a big step out with me, do me a HUGE favor, right now.

Take a deep breath (not the favor!).

Think of all the ways you can help this message spread. You can share it, pin it, like it, tweet it, +1 it, reblog it (absolutely!) and right now … you can become even more involved too.

Fill the form out if you want to be a part of the blogger’s Awareness Team, leave me a comment to say hi, you love the idea, or have this even better idea about how to make it better.

Actionable Autism Awareness. It’s cause marketing, social media for social good, and a promise too … working together we can make a real difference!

[PS – Still signing up some last-minute sponsors. If you want to donate a prize, your organization’s support, or something more, fill the form out below too – I’ll get back to everyone who responds!] 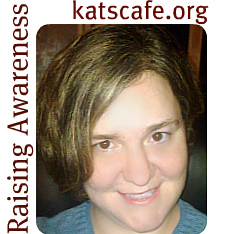