Yesterday, I continued my story with an account of my second or third step-dad.  I talked about running away when I was 8 years old, and the abuse that occurred.  I didn’t go into specifics, rather spoke in generalities. 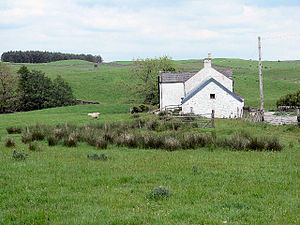 Moving forward in time, I am about 12, and my Uncle needs help on the family farm.  Since he is a bachelor, I am asked to help.  My step-brothers from my dad’s marriage are each tasked to help.  Though not both of them at the same time.  We spent the summer working on the farm, at first we slept in a tent, because it was an adventure.  But then the tent was basically destroyed by a rain storm. So we started sleeping on the floor of the Quonset, still an adventure.

One of my step-brothers took after me one night with a pick axe.  That was the end of joint trips to the farm.

Later that fall, my Uncle called and asked if I would come out by myself.  I jumped at the chance.

When I was 16, I got my first paying job off the farm.  The next year I filed my tax return, and was surprised to get a bill and a visit from the IRS.  Seems like I had a tax debt I didn’t know about.  Someone used my social security number to file fraudulent grain tax returns.  I don’t remember off hand how much money they got, but it was a fairly significant amount.

When I was 17, I entered a group home for delinquent young adults.  But that will come in Part IV.

Eventually, my trips with Uncle would end after the farm was foreclosed on.  I still miss living out there, no running water, an outhouse and the open air.  I miss the dogs, horses, even the cows.

After I turned 18, I ended up testifying against the person who filed those tax returns.  Yes, you guessed it.  I helped put my Uncle in prison for tax fraud.  I am not proud of the events, and wish I could remove that part of my life, but it is done.  He has served his time.  He has made reparations, and we are again talking to each other.

I value my time with Uncle.  He helped teach me how to be a man.  He taught me to be self-reliant.

Thank you Uncle.  For helping me develop into a good man.

« frustrations with the IEP process
The bully pulpit »