Yesterday, you may recall I told you about a robbery.

Today we will talk more about my early life. And why I think fathers are so important in a child’s life.

Mom did the best she could at the time by us kids.  I can’t fault her for that.  We had a roof over our heads, food in our bellies and an education. Some aspects of our lives were less than desirable.

I ran away from home the first time when I was 8 years old.  Seems like ages ago.

And it was.  My mom was married to her second husband.  We called him dad, but he wasn’t really.  He was our abuser.

He was also our provider.  His rules taught us respect.  He taught us that children are to be seen and not heard.

He taught us that if we took it, we had to eat it.

He taught us that a child could fit neatly between 16 inch studs and that sheetrock isn’t a match for that small body.

He taught us many things. 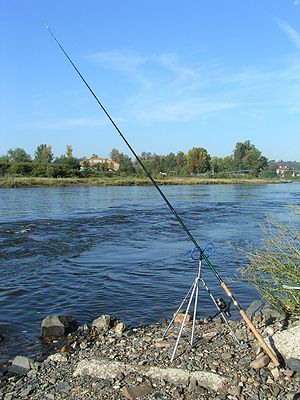 It was also during this time that we would go camping.  How my brother and I loved to go camping.  Fishing. Camping.  Nothing like it in the world for a couple of boys.  When he left us, we inherited his tackle box.  I think my brother still has it to this day.

One of the things that I learned at the time was to latch on to the parents of my friends.  I could get the male attention that a boy needs.  Lectures and that kind of thing from the fathers of my friends’.

When I ran away from home that day, they had the police out searching.  When they found me, they took me home.  It was dad’s weekend to have us kids so we were getting ready to go over to his house.  Before we left, mom promised that dad wouldn’t spank me for running away.  When I got to dad’s house, the first thing I got was a spanking.  I remember it to this day.  He didn’t spank us unless there was a darn good reason. And you could always tell that it bothered him to have to do it.

No, the dad that she meant wasn’t our dad.  It was her husband, whom we were expected to call dad.

I remember one time, he was cleaning out this storage area under the stairs in the basement.  I somehow or for some reason decided to help him.  He gave me an old aquarium that was under there, and bought fish to put in it.  How proud I was of those fish.  I thought it meant that he liked me, and appreciated me.  Nope.  Gifts were never given without an expectation.

It was during this time that I ran across the social security cards that had my brother and I’s old last name on them. You know, the ones that were pre-adoption….  When we asked mom about them, she told us to stop digging in her stuff.  Many years later, dad would tell us about the adoption, but when I was 8 years old, we had no idea.

The stories that we used to tell about those cards…