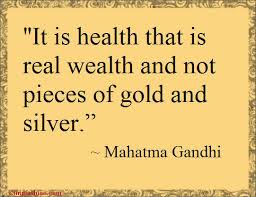 It was something a family member said that triggered this post.

“The other day, when David volunteered to do the dishes, why did he do that? He has never done that before.”  they said.

And it’s true.  Thinking back, David never volunteers for anything but lawn mowing.  Which I think is only the case because he wants to start a “lawn mowing service”.  Which would give him access to other people’s property.  Scary thought.

On Friday, he volunteered to do dishes. Out of the blue.   14 hours later he was in handcuffs.

We may be seeing things that aren’t there, but if your child suddenly starts to exhibit behavior that isn’t the usual behavior for them, you should question the motive or cause of said behavior.

By generating goodwill with his parents, David opened up a brief opportunity to take advantage of a situation.  He used it to sneak into where we store our most recently retired cell phones.  Those phones that we would fall back on in the event of an equipment failure.

The phones aren’t openly available, you have to dig for them.  He dug.  And left the box behind like it hadn’t been touched.

Friday he also complained of congestion, and we thought he had the beginnings or a sinus infection.  Just a ruse to get sympathy.

Friday evening, he came willingly to get his bedtime medicine.  No fussing, or tantrums.  Even laid down to sleep without an argument. Both of these behaviors are completely out of the range of usual behaviors for David.

Saturday morning, he was awake and moving around before six am, when he should have slept until at least 8:30 per his usual medication induced slumber.  Without the medicine, he could be awake for three days.

Saturday morning he was edging to go with his mentor, and wore jeans.  Something that he never does.

Before leaving with his mentor he had to get one last drink of water. (he evidently had hidden the cell phone in the kitchen where it was readily accessible.)

When we discovered the phone was missing, the natural reaction is to look at David.  So we tore apart his bedroom area.  No phone, but we did find a nice stash of half eaten Oreo’s, crackers, Nutty Bars and other goodies.

At the appointed time for his return from his day with the mentor, I approached the car to talk to the mentor about his day.  His mentor mentioned a missing charger.  That he had lost in the car.  (first clue)  David had stolen the cell phone charger out of my van to use to charge up the cell phone.

David came around the car, and I pulled him to me.  I asked the mentor, “did David have a cell phone or mp3 player with him today?”

“Yes,” was the response from the mentor. (in the mentor’s defense this is the first time he has worked with David and he didn’t know that David is not allowed to have electronics.)

I turned to David and asked him about it, he immediately attempted to dodge the question and responsibility.  The “I have no idea what you are talking about or if I play dumb, he will believe me” act.

At this point we took David to the house,  Because he was attempting to run away, I had a hold of the pressure point near his collar bone.  (I hate doing this, but it is for my safety as much as his.)

We got him in the house.  He continued to deny the taking of the phone or any knowledge of what was going on.  So we made the call to the Sheriff.

At that point, David confessed.  But said he didn’t know what happened to the phone.  “It must be lost at the Mentor House.” (the place where his staff is based out of in the city.)

He changed the story four times.  So I called and left a message with the mentor.  Look for a phone, on or near the book shelf that has backpacks stored on it, possibly inside a pink backpack.

Eventually, David confessed to deleting the data and phone records off the phone, and then cracking the screen.  He also stated that he “hid the phone in the pink backpack so that he wouldn’t get in trouble.”

He did all of this “because I wanted to have some fun” stated David.

I then left to go to the landfill.  David was left home.  Upon my return, the Deputy Sheriff was there.

It was at this point, when I saw the deputy put the handcuffs on David.  No emotion on David’s face.  The deputy asked him if he wanted to say anything before he was taken away, and David said goodbye.  The deputy prompted him further, and David said that he was sorry.  I placed a call to the crisis line to see if we could get David into safe bed per the deputy’s recommendation, meanwhile the deputy marched David around the side of the house and placed him in the back of the squad car.

The deputy then came back to the door after placing David in the back seat of the squad car.

He said that David had huge tears rolling down his face.  Eventually, after a lot of talking, David was released from the handcuffs, and we took him into the house because there was a bed available for him.  We fed him supper.  He said he wasn’t hungry and would just eat snack at safe bed.   From the time we left home to get to safe bed, until we arrived there an hour and a half later, he never said a word.  He sat in the back seat and read the owners manual for a bicycle.

He had to be prompted to say goodbye to us after we completed the intake paperwork.  He did voluntarily give me a hug.  No tears.  The hug wasn’t for my benefit.

Before we left, while David was shown to his room for the three days he would be there, we warned the staff there what to watch for.  David’s tells.  David’s usual activities, and things to watch out for.

I bet if I look back at some of my personal journal entries, I can see other times where he has manipulated his mother or myself.  I know that he has done it to his one Aunt.

Maybe this post should be titled “The Con-artist”  not “Cold and Calculating”.

1 thought on “Cold and Calculating”