When you live in an old home, you worry about fire in the rights hands, let alone in the hands of a child with mental illness.

Today we discovered this when we went into our guest bedroom/office. 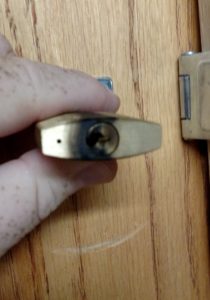 Do I think he was trying to burn down the house? No.

What he was trying to do, I don’t know.  This isn’t the first time he has been caught burning or trying to burn things.

So I described what basically happens when people die in a fire.

He says he won’t do it again.  Until the next time.