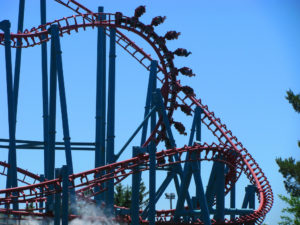 We had most of 36 hours with no attitude.

Attitude started this morning a little bit before mom and brothers came home.  plateaued and then escalated quickly at bedtime.

David says, “I am mentally unstable, can you just take me to the hospital?”

No, is my reply  So he starts pushing buttons.  In the end, after 15 minutes of buttons, I put my headphones on.  Wrong answer.

“You guys knew what I was when you adopted me.”  he stated with a complete lack of emotion.

“At least in the hospital they let me sleep in my own bed”. he says.

Right now, David and I are camping in a room together.  He isn’t sleeping in his bedroom because it is off of mom’s office and he can’t leave anything alone.  That and he likes to steal things and hide them in his room.  He has a comfortable bed separate from mine.  I asked him if he would rather sleep on the floor.  It’s not ideal, but it limits options regarding what he can take and hide, as well as where he can hide it.  Plus, I would love to sleep in a regular bed and not on a futon. I explained “you don’t get to sleep in your room because you can’t be trusted, can you?”

He said “no, what does it matter, you guys don’t want me any way.”

He has a dresser for his clothing, his own bed and bedding.  He just has to be where I can see and hear him.

So he decided to try a different tactic.  “If I move, are you going to beat me?”  was one question.  Another statement?  “as soon as I move, you are going to touch me.”

We don’t beat him.  Such an idea is ludicrous.

Today I let him mow the lawn under supervision.  He paid me back by hiding my tablet computer on me.  Not a big deal in the grand scheme of things, except he knows he isn’t supposed to touch technology like computers.  His argument is that a tablet isn’t a computer.  So we found the tablet, and he starts pushing buttons again.

Back and forth for 45 minutes.  Is it because it isn’t just David and Dad?  He feels it is necessary to force attention seeking behaviors on the whole house?  What happens next week when mom goes in for double knee replacement surgery??   And all of the focus is on mom, and very little is on David?

We will have help from family for a while, but that won’t last forever.

He says he “prefers the hospital because he doesn’t have to go through a lot of crap there before bed time.”

I don’t know what “a lot of crap” is, but given the fact that the doctor describes him as “not a very good historian” when he is reciting “facts” it wouldn’t surprise me if he told them I made him sleep in the shed next to the dog kennel.

Tonight, I explained to him. “You were there when the doctor told me to give you up to the state, right?  Do you remember that?”

“Yes” was the quiet response.

“What did I say in response?” I asked.

No response from David.

“Didn’t I say that I made a promise to you?  That you are our son and we wouldn’t give you up?”  I  asked quickly.

I followed this with the statement “there are some people in this family that love you a great deal. Stop pushing away.”

He covered his head and turned toward the wall.

He has been quiet for about 15 minutes.

Absolutely nothing gained from this except heartache, 2 boys locked in their rooms and a hoarse voice.

2 thoughts on “most of 36 hours with no attitude.”