I tend to forget, and I shouldn’t.

Every action is designed to get attention.

Every behavior is designed to get attention.

I asked him this morning, “what do you gain from this behavior?”

I wish that he did.  I would much rather award positive behavior, than the negative that we have been seeing.  Still, everything considered he is doing better than before he went to the residential facility.  Of course, are are nearing the end of what is typically the honeymoon period.  His honeymoon typically lasts 6 weeks.

Last night I was giving him his meds, he had a glass of water.  he acted like it was slipping out of his hand, water sloshing around, above the rim… nearly soaked my laptop.  So I called him on it.  Thus beginning an hour of negative behaviors.  All because I told him to set his water down and take a drink between pills.  This gave me time to move my laptop.

On the way to the kitchen, he “accidentally” poured his water all over the floor.

I am going to try to ignore his behaviors.  Since he wants attention when he does these things.  It isn’t easy.  David and I spend as much as 10 hours a day together.  5 of which there is no one else around.  My health doesn’t give me a lot of energy to “play”.  I have been gradually letting him go for walks with the dogs.

One other thing.  When he is called on his behavior he says things like “there is no need for retaliation.”

Or if I tell him to sit down, and then later ask him to do something he says “but you told me I had to sit down…”

Seems to me that his life is worthy of a Shakespearean tragedy. 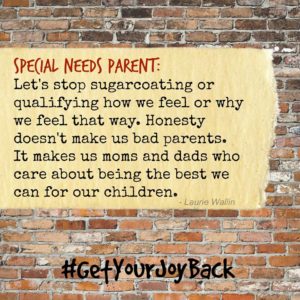 In the end, we love him, he is our son.  Not giving up.  Though he seems to think that we are giving up when we place him in a facility….  ah, life is such a tragedy.

Oh my, we are late for his appointment… make everyday a good day.  Hug your loved ones.