We have this saying in the Autism community. 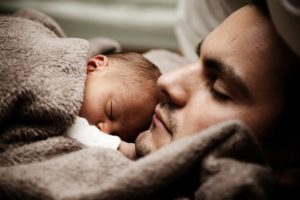 You have seen one child.  Why one?

Because no two kids are exactly alike, including twins.

So why would it be any different for an adopted child?

David is adopted.  David has, among other things, Reactive Attachment Disorder.

I am adopted, I can see similarities in my behaviors as a child to David, just not as severe.

I know of a couple of other people, both children and adults, who are adopted.  You know what?  Unless you know that they are adopted, you can’t tell.

It isn’t like they have this tattoo on their arm, like a bar code or something that says “adopted”.

Why do I bring this up?

That is like saying “your child is African-American, that makes him a thief.  and he should assume the position.”

Another fine example would be me saying that all school administrators are racist because they assume that any child of another race that is adopted automatically has mental health issues relating to said adoption.  If I was an administrator, I would be offended by that generalization.

So why would it not be acceptable for a parent to be offended when an administrator makes a comment “INSERT NAME here, is adopted, he needs to see a psychiatrist.” Like being adopted is some kind of stigmatizing flaw and needs to be corrected posthaste.  Being adopted is not a condition to be treated.  Hello!

So tell me, do school administrators everywhere make generalizations about a given population like this?  Or is it just certain ones?

Sadly, the child may need to see a psychiatrist.  But referring a child the way that this child was referred isn’t the way to do it.  Surely there is an appropriate way of saying “Your child spends an inordinate amount of time alone, playing, as a result, we think that your family doctor should be consulted, just to ensure that there are no concerns.”

I would think that there are certain periods in the life of a child where they just prefer their own company, versus spending time with others.  This is not a defect!  I don’t have a degree in education and I know that!

What parent is going to take a referral from a school administrator that appears to be either biased or racist?

1 thought on “Generalizations, how they don’t help”