So what else is new?  right? 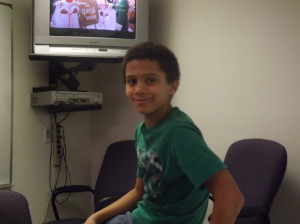 Received this notice from the facility where our son resides.

I am sure you will be receiving a hard copy in the mail, but I wanted to notify you that as of 1/10/2015, David’s  Medicaid has denied coverage for residential care and we were notified of this yesterday. (See attached letter) Facility is currently in the process of appealing this decision. I will keep you notified of the results of the appeal process which will be submitted early next week.

They enclosed a copy of the notice that they received from the determination company that is under contract to our state Medicaid.

The rationale for this decision is:  David is a 13 year old boy who is diagnosed with Bipolar disorder and pervasive development disorder.  He was in a residential setting in North Dakota for over a year and transferred to the current PRTF where he has been for another year.  He appears to be compliant with staff expectations for awhile, then acts out occasionally, suggesting he has reached maximum benefit in this current PRTF setting.  As reported in November 2014, his social worker indicated that visits with dad had gone well, and that David was on track to be discharged in January 2015.

Continued stay is denied. Placement issues cannot justify continued stay.  Consideration may be given to returning David to his family and home where he can receive ongoing therapy including PCIT type family therapy.  If the facility would like to request a desk reconsideration….

First, how does a couple of hour long visits constitute “visits had gone well”?  He has had zero home visits.  Any visits that we have had, include him being returned to the residence within 3 hours.  At no time has a visit gone over a 4 hour period.  If his behaviour is such that he is harming himself, and prone to outbursts of violent behaviours, how are we supposed to maintain him at home?  We live in a small town.  45 minutes from any where.  Are we supposed to move to a larger community so that he can receive the PCIT type family therapy?  What in the heck is PCIT type family therapy?

He was moved to his current facility because the last facility was afraid something like this would happen.  That services would be denied.

If services are denied, that means moving him again, and starting over again with new therapists, new treatment goals, new psychiatric teams, and likely new diagnoses.  Not to mention that the next closest facility is 700 miles away rather than the 500 miles from home that his current facility is.  How does that help our son?  How do we maintain a family connection across such a great distance?

While I would love to bring him home, behaviours and past experience tell us that it isn’t a good idea.  Not only for David, but for our other children.  If I bring him home, and we go back to the same old David, what happens then?  He is doing well in the current placement in part because of the highly structured environment.  Something that can not be recreated in our home.

Lord help us, we want what is best for David, and all of our children.  How can someone who doesn’t know him, and is reading what may at best be deemed incomplete progress notes, determine what is appropriate for him?

And for the record, the social worker never told us anything about discharging David this month.  That is completely new to us.