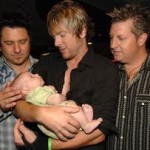 I consider myself to be a pretty liberal kind of guy, but this proposed legislation has me a bit uneasy.

The bill, currently making its way through the Calfornia legislature, would give children the right to legally have more than two parents.

State Senator Mark Leno, a Democrat (what else?) from San Francisco, says that “The bill brings California into the 21st century, recognizing that there are more than ‘Ozzie and Harriet’ families today.”

Leno apparently got the idea for the bill (SB1476) from a 2011 court case in which a young girl was ordered into foster care when her legally married parents (two women) weren’t around to care for her. Mom number 1 was in jail; Mom 2 was in the hospital. The girl had a relationship with her biological father, but apparently the court wasn’t able to give him custody. 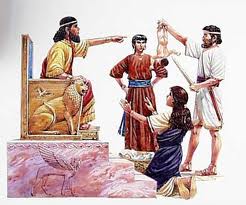 The proposed legislation—which has already passed the State Senate and is awaiting approval from the State Assembly. If it passes, California wouldn’t actually be the first state to recognize more than two parents. Delaware, Maine, Pennsylvania, and DC beat us to the punch.

On one hand, I can see the logic here. In a world where same-sex marriages (or domestic partnerships), surrogate mothers, sperm donors, and egg donors are common, the definition of the word “parent” has become a little fuzzy.

On the other hand, aren’t things already complicated enough? In divorce cases, it’s hard enough on a child to go back and forth between two parents’ homes. What would happen if there were three or four or five parents? And how on earth would tax deductions be calculated?

Seems to me that we already have the concept of legal guardianship for exactly these situations. If one or both parents are incapacitated, the child would go to the legal guardian. The guardian could then be “upgraded” to parent by a court if necessary.

This issue has, as you might expect, degraded into a political battle, with Democrats on one side and Republicans on the other. In my opinion there’s no room for politics here–what we need to be concerned about is what’s best for the children.

But what do you think? Are two parents enough? What advantages and disadvantages do you see to opening the door to multiple parents?