Remember the story a few months ago about the 15-year old  girl who was forced to get up in front of the whole school and announce that she was pregnant? Or the 14-year old boy whose parents forced him to stand on the street with a sign declaring that he’d receive Fs on his report card?

New research is just now confirming what most sane parents already knew: humiliating punishments actually do more harm than good. And that’s certainly the case with the newest entries into the “it-seemed-like-a-clever-idea-at-the-time” category of parental stupidity. 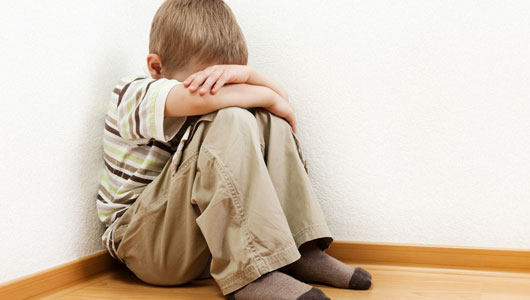 A teacher in Florida made students who arrived late to school wear a wide dog collar that she called the “cone of shame.” And we certainly don’t want to overlook the Minnesota parents who, upset about their 12-year old daughter’s school performance shaved her head and made her run around outside wearing a diaper. The mother and her boyfriend were apparently laughing when they got arrested–apparently they didn’t quite understand why the police had been called.

So, aside from being child abuse, what’s wrong with these punishments? According to Andy Grogan-Kaylor, an associate professor of social work at the University of Michigan, this kind of humiliation can make kids feel rejected by their parents and can lead to increased anxiety, depression, and aggressive behavior. It can also damage the parents’ relationship with their child and actually make the kids less likely to want to listen to their parents.

In addition, humiliating, embarrassing punishments can make a child stand out, which could make the child a target for bullies, says Jennifer Lansford, a research professor at Duke Univesity’s Center for Child and Family Policy.

A bit more on this story–as well as some tips for discipline techniques that might actually work–here.